The city of Jena has been twinned with Beit Jala since September 2011. The contacts to Beit Jala originated in the cooperation with our French twin city Aubervilliers, whose twin city Beit Jala is already since 1997.

This trilateral relationship mainly involves project work, which was established in a cooperation agreement in December 2008.

The Palestinian city is located 2 km east of Bethlehem and 10 km south of Jerusalem, in the territory of the West Bank. Beit Jala is characterized by its hilly location and is on average at an altitude of 758 m.

The first settlements in what is now Beit Jala, were probably established as early as 3000 BC and were home to the Canaanite people. Today Beit Jala, which was declared a city in 1912 and whose name means "grass carpet" in Aramaic, has about 17,500 inhabitants. Of these, about 60% are Christians and 40% are Muslims. By law, the mayor of the city must be of Christian denomination.

There are also around 100,000 people living abroad - especially in Argentina and Chile - who originally came from Beit Jala.

There are three public and six private schools, run by religious institutions, in Beit Jala. Another educational institution is sponsored by the United Nations Relief and Works Agency for Palestine Refugees.

Higher education is provided by a university, the Al Quds Open University, as well as a vocational school and the Bethlehem Music Academy.

The offer is supplemented by two church schools, which, for example, provide training in hotel management. One of these is the Talitha Kumi School, which is run by Germans and also leads to a high school diploma that is recognized in Germany.

The cityscape of Beit Jala is characterized by its five churches and two mosques, which illustrate the importance of religion in the Palestinian city.

An important sector of Beit Jala's economy is agriculture. Olives, apricots and wine are grown. The largest vineyard in the country is the Salesian monastery of Cremisan.

In addition, building blocks, textiles, furniture, medicines as well as cigarettes are produced. Industry employs about 25% of the workforce, trade 25%, and services 30%.

About a quarter of Beit Jala's population is unemployed. The overall difficult economic situation as well as the poor standard of living of the population are a consequence of the separation wall, which blocks an exchange with Israel.

Due to the turbulent political situation in the country, it is also difficult to promote tourism in the region. Nevertheless, Beit Jala offers worthwhile excursion destinations for visitors. The Greek Orthodox Church of St. Nicolas and the Beit Jala Al Kabeer Mosque are particularly impressive. Two theaters, the Bethlehem Museum, and several shooping centers can also be visited.

Relations between Palestine and Germany

Since 2008, there have been regular government consultations at which problems relating to water supply and waste management in Palestine are discussed in particular.

A Goethe-Institut and the German-French Cultural Centre are based in Ramallah. Several partnerships between German and Palestinian universities promote the exchange of young students and cooperation in joint research projects.

The annual peace and cultural festival in Beit Jala forms a central link in the cooperation between the two twin cities.

The Jena Circus MOMOLO actively participated in the 2017 festival with the help of four artists and a coordinator. Together with the Palestinian Circus School, several workshops were held where, for example, acrobatics and juggling performances could be trained. After several rehearsals and a circus performance by the friendly circus from Hebron, the artists of Circus MOMOLO and the Palestinian Circus School finally performed a one-hour show on the evening of 09.11.2017. The more than 1000 visitors of the festival were enthusiastic throughout.

With the director of the Al Harah Theater in Beit Jala, there were also agreements on future cooperation and projects to continue to promote cultural exchange and strengthen the partnership between Jena and its twin city.

Of course, the project was financially supported by the Saalestadt, which gave the corresponding order.

In April 2017, there was also a youth education trip by Jena football fans to Israel and the Palestinian autonomous region. In Beit Jala, for example, they visited the artificial turf pitch that was created with the help of Jena and Bergisch-Gladbach, another of Beit Jala's German partner cities. On the occasion of the trip, a complete team set of football jerseys of FC Carl Zeiss Jena was donated to the chirstliche"Hope-School". 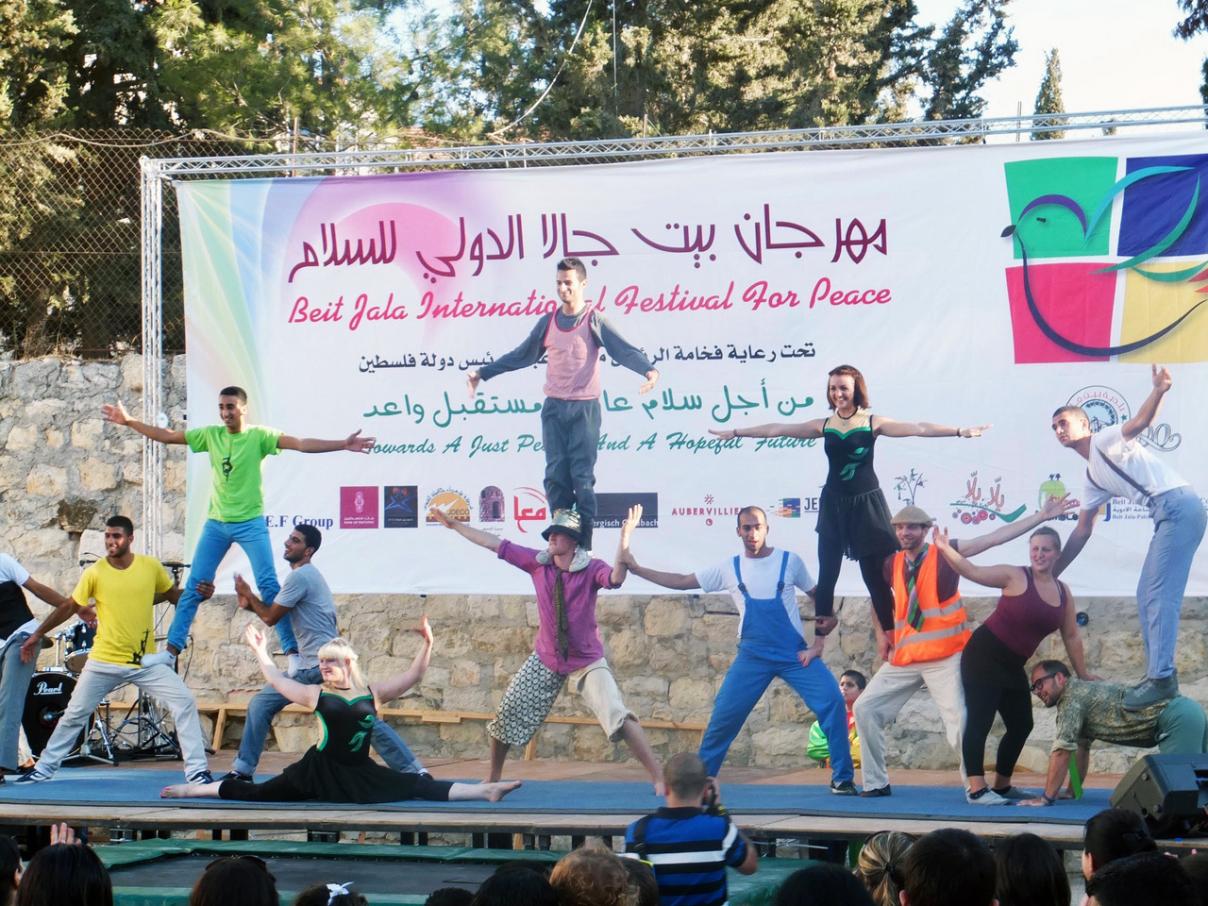 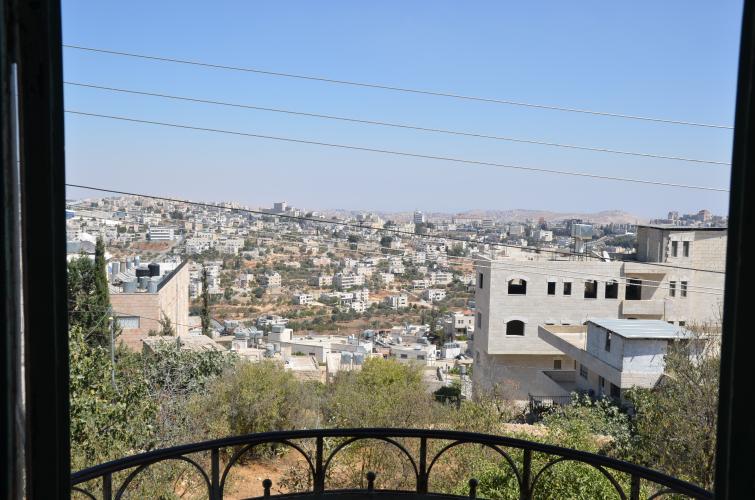 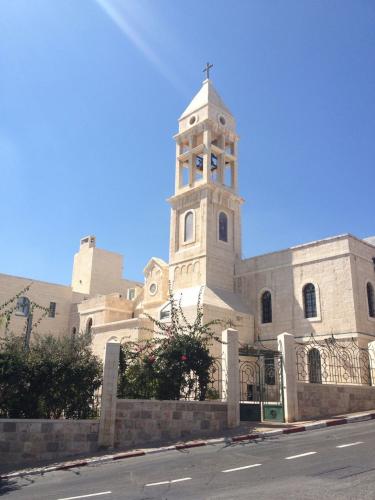 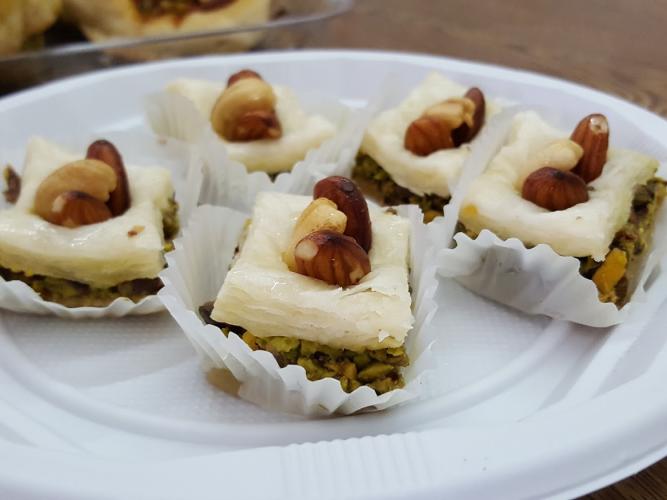 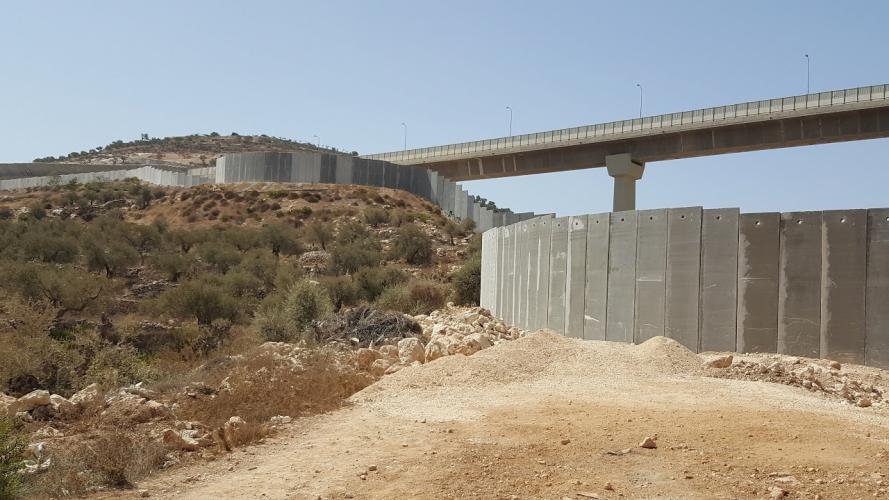