Origins of the partnership

On 19.06.2013, a special session of the City Council was held to honor the Lugoj-Jena partnership in the Historic City Hall of Jena.

Lugoj (Lugosch) is located in Banat, in southwestern Romania, geographically at 45° 41' north latitude and 21° 53' east longitude, 125 meters above sea level. The river Timis (Temesch) divides the town. On its right bank was the fortified stronghold of Old or Romanian Lugoj in the Middle Ages, and on the left bank was New or German Lugoj, established in the 18th century.

Both market towns were connected by a wooden bridge over the Timis. Even today, the districts located on the right bank of the Timis are called "Romanian-Lugoj" and those on the left are called "German-Lugoj". The city covers an area of 9,855 hectares and is bordered by a chain of hills in the northeast.

Lugoj is known for its tolerance. People preserve their specific traditions, celebrate holidays together and look to the future with optimism.

Lugoj has often been called the cultural capital of Banat.

The Museum of History and Folklore, the theatre "Traian Grozavescu", the churches, the weekly papers, radio and television, the schools and the European University Dragan are centres of spiritual-cultural and religious activity.

The people of Lugo are proud of the personalities born here, such as Coriolan Brediceanu, Ion Vidu, A. C. Popovici, Filaret Barbu, Traian Grozavescu, Iosif Constantin Dragan and others, who made significant contributions to music, literature, politics and education.

Even during the communist dictatorship, the artists, members of the Ion Vidu Choir and the People's Theatre, conveyed their message to the Lugo public and painters and sculptors exhibited at the Pro Arte Gallery.

The roots of cultural life in Lugoj lie in the school system. Particularly noteworthy are the two theoretical and the three specialized high schools, as well as the "European University Dragan" with the specializations of law, economics and cybernetics. Thanks to the high level of education of its inhabitants, Lugoj has attracted important foreign companies in recent years.

The city can also point to sporting successes. Alina Goriac, Kurt Silier, Lavinia Milosovici in gymnastics, Iosif Horvat, Francisc Horvat and Simion Popescu in wrestling brought many medals at World and European Championships, but also Olympic gold to their hometown. Other sports are also practiced, such as volleyball, handball and football, as well as boxing and karate.

The climate of the Banat, influenced by the Mediterranean, is mild. The fertile soil, sunny hills, nearby forests, clay and gravel are the natural riches of the region. The relief and climate allow the cultivation of cereals and wine.

Lugoj is situated on two important long-distance roads: the European road E 98 Bucharest - Timisoara and the national road DN 68 from Lugoj to Deva. It is also an important railway junction on the Bucuresti - Timisoara line. The railway lines via Buzias to South Banat and via Ilia to Deva and further to Transylvania start from Lugoj.

In the past, potters, tanners and other craftsmen as well as farmers and winegrowers shaped the economic image of the town.

The town is beautifully situated on the middle course of the Temesch. It is bordered by the hill country with its partly architecturally valuable buildings and historical monuments. Therefore, Lugoj is an attraction for guests who want to get to know a typical Banat town. The hotels Dacia, Timisul, Tivoli (each with a restaurant) and other inns offer the visitor a pleasant and comfortable stay.

Good occasions for a visit to Lugoj are the popular beer festival (annually in June) and the church consecration festival of the Romanian Orthodox "Assumption" Church (annually on 15.08.). These festivals are attended not only by the people of Lugoj and the inhabitants of the surrounding municipalities, but also by many guests from abroad.

In the surroundings of Lugoj there are interesting destinations for excursions:

Romania and the Federal Republic of Germany work together on a friendly level, with lively exchanges of visits between the two European countries, dating back to a 1992 friendship treaty. When Romania joined the EU in 2007, the country on the Black Sea received a great deal of support from Germany.

Thousands of German companies are active in Romania, investing mainly in the automotive supply sector or in service companies, such as P+Z Engineering GmbH.

According to the German Foreign Office, there are approximately 45,000 Germans living in Romania, who maintain a high level of interest in the German language and culture in the country.

Numerous initiatives and foundations, such as the Goethe-Institut or the German Academic Exchange Service (DAAD) support the cultural exchange between the two EU countries, which is also reflected in increasing university and school partnerships.

There is an active, lively exchange with the long-standing twin city of Lugoj, which is expressed in numerous, recurring projects.

A nice tradition is the annual holiday stay of Lugoj students, who are welcomed for two weeks in Jena.

The stay is organized by the partnership association Jena - Lugoj and always supported with great friendship by the mayor of the city. Those who have made a special effort in the past school year and have tried to achieve good results may - just like four other students who are chosen by the Romanian social welfare office due to the difficult financial situation of their families - be invited by the Lord Mayor of Jena to a big ice cream sundae. For impressions of this treat, take a look at the picture gallery below.

An important part of the partnership is also the cooperation between the fire departments of Jena and Lugoj. In the past years, there have been repeated aid transports to the Romanian twin city, starting in 1996 during a visit of the then mayor and finance deputy Günter Graupe.

Since then, urgently needed clothing, equipment such as hoses or searchlights, breathing apparatus and fire engines have left the city on the Saale.

In 2011, there was also support for the renovation of the hospital in Lugoj in the form of 20 hospital beds provided by the Jena Clinic. Another donation campaign took place in January 2018, when another 42 patient beds and hospital furniture were transported to the twin city. 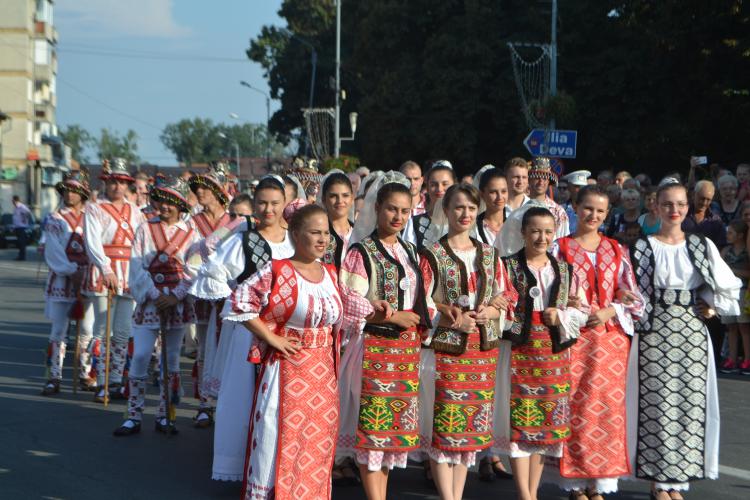 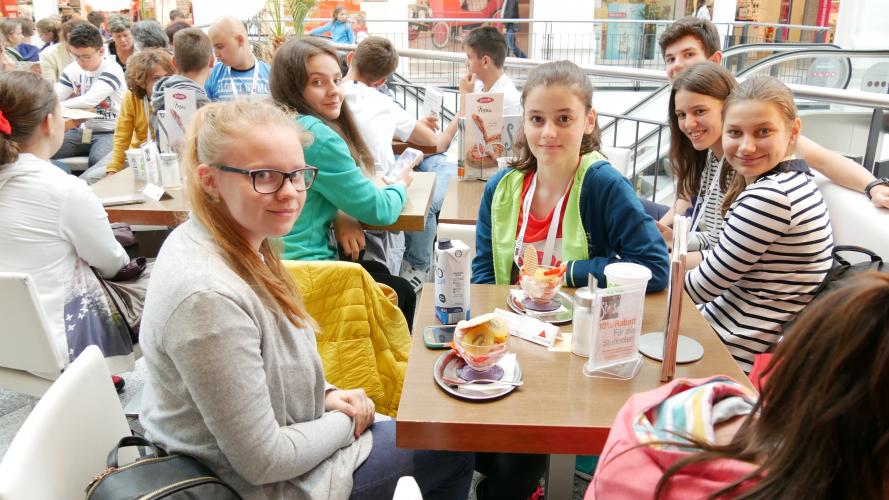 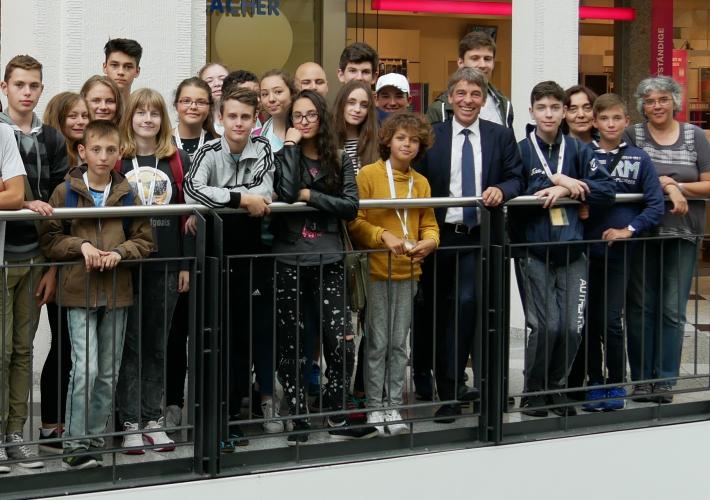 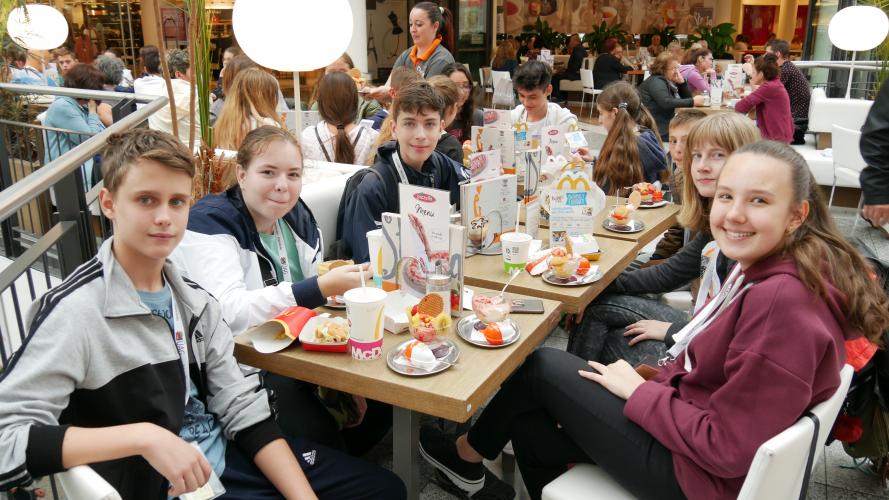 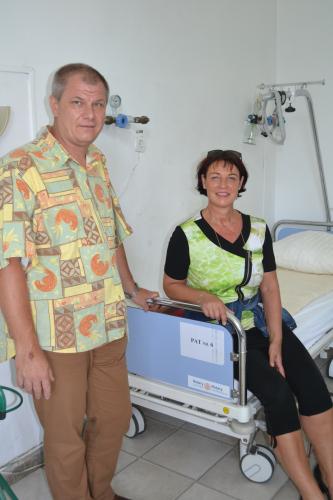 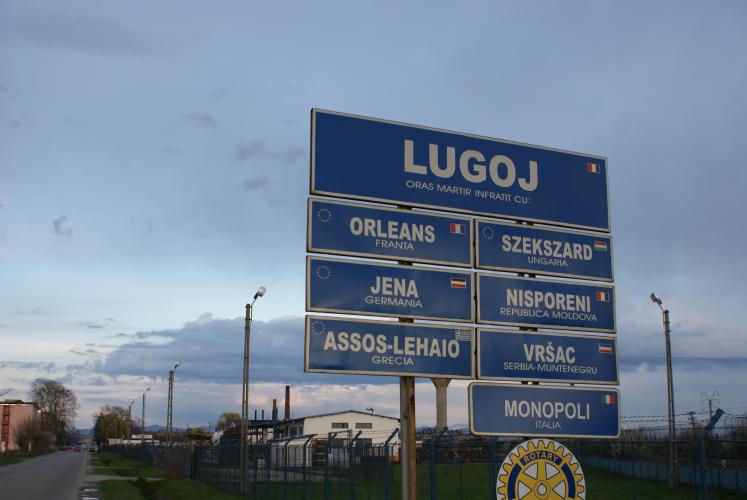 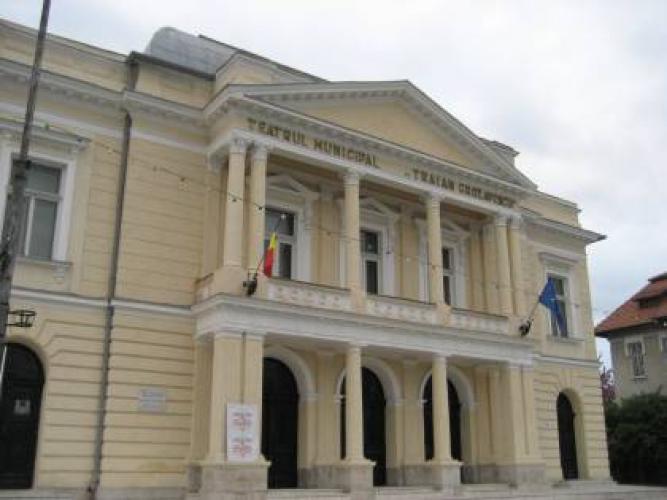 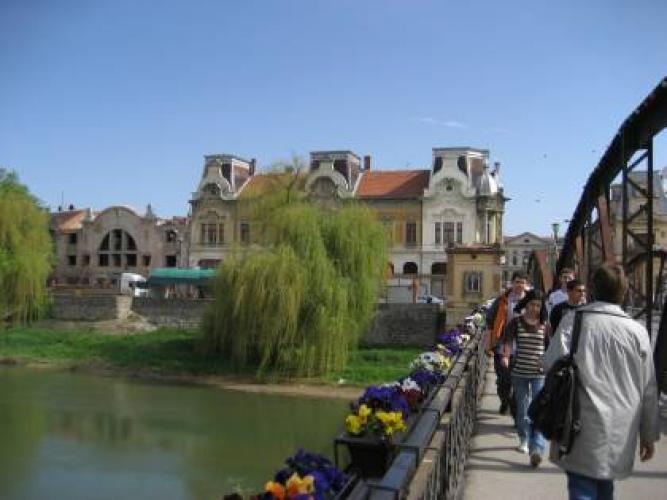