A particularly intensive and distinctive partnership connects the two German cities of Jena and Erlangen.

On 19.03.1987 the town twinning was decided in the city council of Erlangen and sealed in writing on 08.04.1987 in Jena. At that time, the Bavarian city made great efforts to cooperate, not least in order to make a contribution to a united Germany. For this, the partnership was awarded the Unity Prize in 2010, which the then Federal Minister of the Interior Thomas de Maiziére awarded to the mayors of the cities.

Intensive exchange has been possible since the fall of the inner-German border in November 1989, with the first contacts being established mainly through the university environment.

Today there are consolidated administrative contacts as well as lively contacts between the citizens of both cities.

Erlangen is located about 180 km north of the state capital Munich on the northern edge of the Middle Franconian economic conurbation Nuremberg-Fürth-Erlangen-Schwabach. The city is easily accessible by car (federal motorway A3, A73), train (Nuremberg-Berlin) and plane (Nuremberg airport).

The average altitude of the city is 279 metres above sea level (railway station).

Erlangen is divided into nine districts and 40 boroughs, in which a total of about 112,800 inhabitants are registered. These are made up of 150 nationalities, including 8% Turks, 7% Indians and 6% Chinese and Italians. The proportion of foreigners in the city is thus about 18.4 %, which indicates the great internationality of Erlangen.

Thanks to the approximately 40,000 students at the Friedrich-Alexander University Erlangen-Nuremberg (FAU), you will also find a very young and open population.

In addition to the FAU, there is a selection of numerous other research institutions in the city. Among them:

Permanent exhibitions in the art or city museum Erlangen as well as the sculpture gardens in Tennenlohe and at the Burgberg are supplemented by regularly changing touring exhibitions.

The E-Werk is the cultural centre of the city and bears its name due to its former function as an electric power station. Today, socio-cultural events such as concerts, poetry slams or theatre performances take place here. A cinema, a bicycle workshop and a pottery workshop also offer opportunities for creative expression.

Public discussions on the cultural-political discourse of the twin city take place within the framework of the Erlangen Cultural Dialogues, in which citizens, associations and artists can participate and exchange ideas.

Erlangen is the high-tech centre of Northern Bavaria. The research institutions already listed show the existence of an extremely high level of technical know-how and standards, which is based on the cooperation between business and science.

The largest employer is Siemens AG (approx. 34,500 employees at the total location), followed by the university (12,000 employees) and the city administration (approx. 2,500 employees). Erlangen has the third highest density of jobs in Bavaria and above-average incomes and correspondingly high purchasing power nationwide.

The Bavarian city is famous for its brewing art and every year at Whitsun the oldest folk festival in Germany takes place here: the Erlanger Bergkirchweih. It is an absolute magnet for guests from near and far, who can explore the city on beer-historical tours. In addition to the Steinbachbräu beer museum, there is also the Siemens Healthineers MedMuseum and five impressive church buildings to marvel at.

Thanks to the Botanical Garden, the Castle Garden with the Huguenot Fountain and the Margrave's Castle including its grounds, Erlangen is also a very green city that offers numerous opportunities for walking and relaxing in the fresh air.

The town twinning between Jena and Erlangen is so multifaceted and manifold that only a very small part of the common projects can be highlighted.

On a cultural, sporting, economic, political and above all friendly level there are countless actions and cooperations which strengthen and advance the partnership again and again.

One of the most beautiful traditions is the joint ceremony on the third of October each year, which takes place alternately as Partnership Day in Erlangen or Jena. Here, citizens of both cities celebrate their long-standing relationship, rekindle old memories and establish new contacts. There is singing, laughing and chatting.

The joint tapping of the first beer barrel of the twelve-day Bergkirchweih in Erlangen could also become an annual ritual. In our picture gallery you can see OB Dr. Florian Janik and Dr. Thomas Nitzsche, who have already mastered this task brilliantly at the 2018 Volksfest.

Those who would like to learn more about the town twinning Jena - Erlangen, which celebrated its 30th anniversary in 2017, can take a look at the brochure "A German Friendship Ways to Each Other", which was produced on the occasion.

In the Thuringian quarterly journal for contemporary history and politics, the "Gerbergasse 18" issue 3/2015, the exciting article "Escape into Jena nightlife" was published by the city historian Dr. Rüdiger Stutz. Here the not always easy beginnings of the town twinning and the unconditional will of the citizens for a peaceful and communal living together are vividly described. 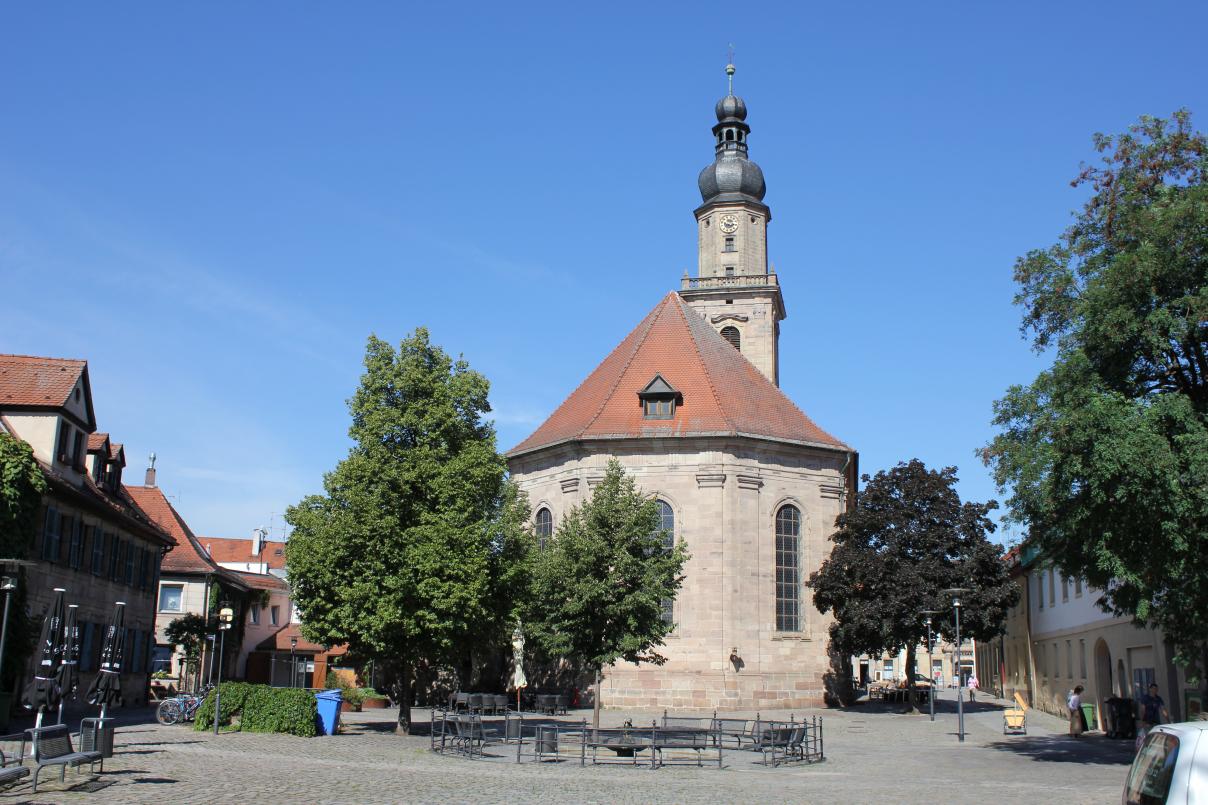 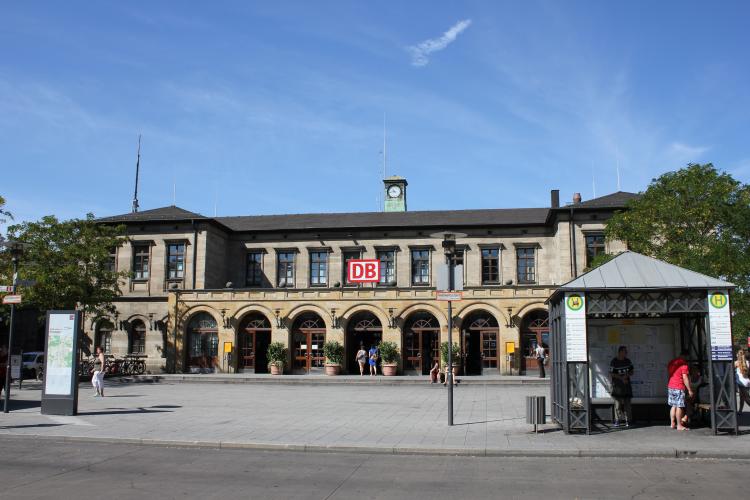 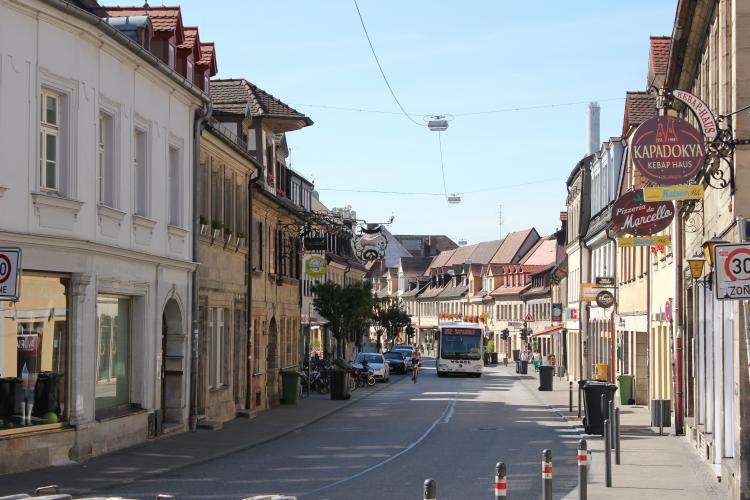 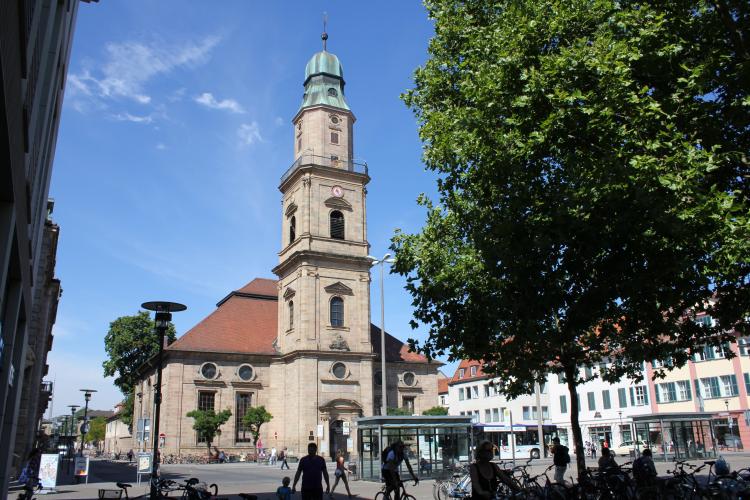 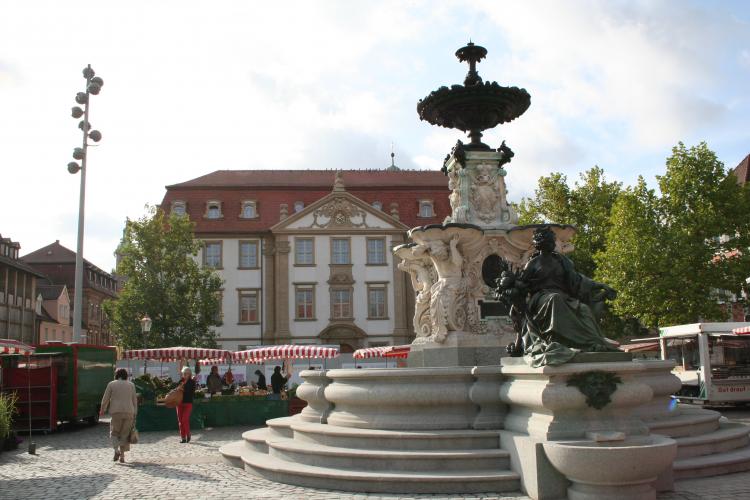 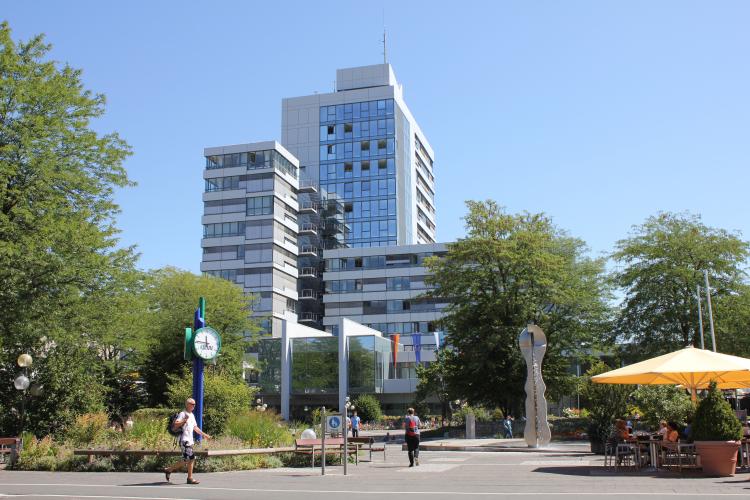 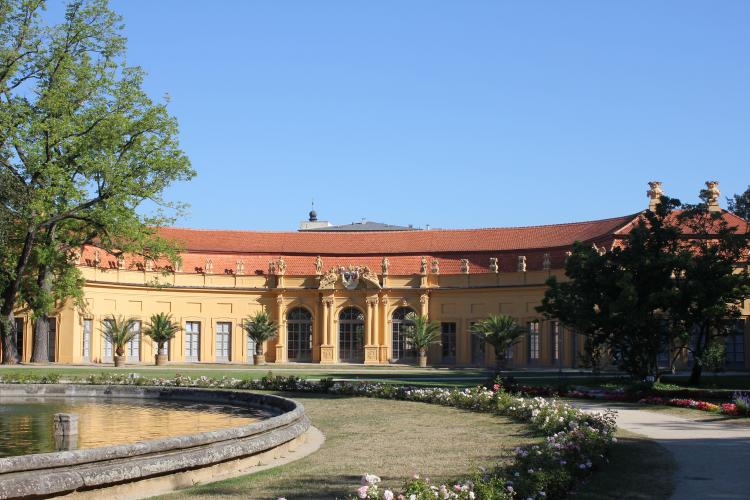 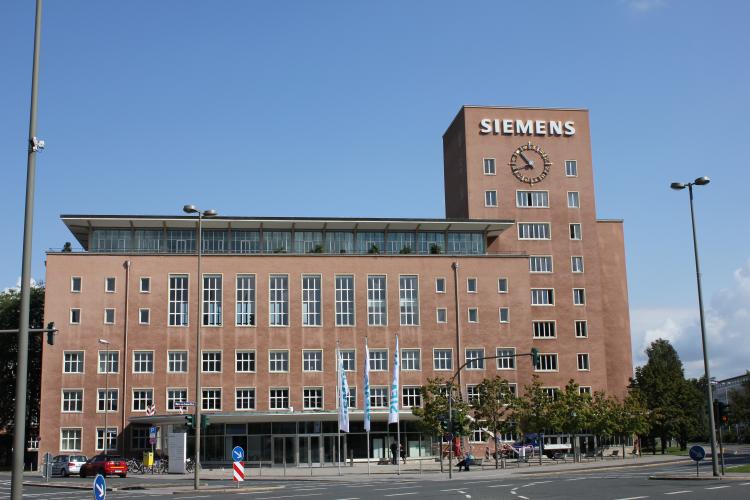 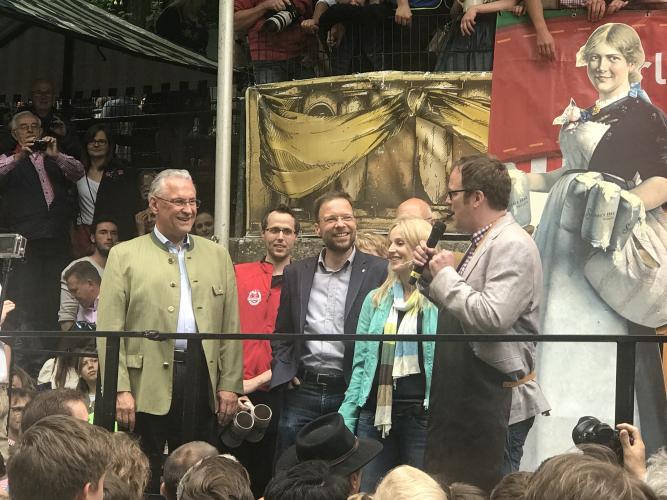 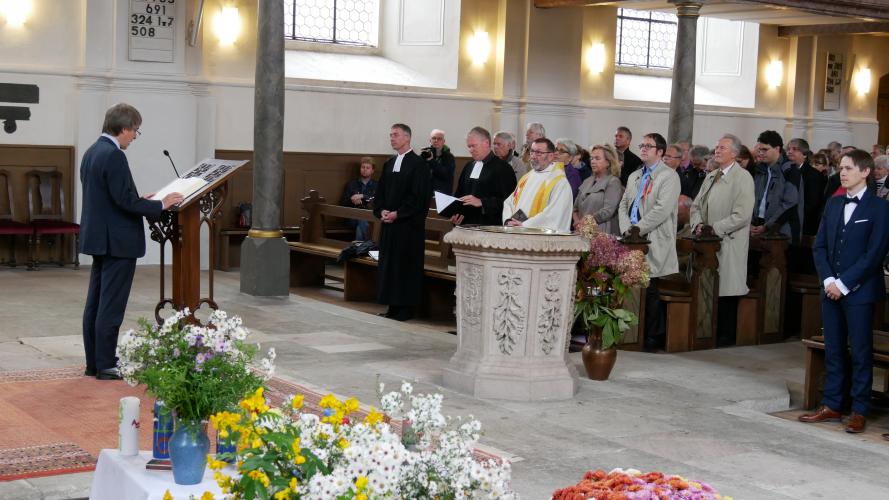 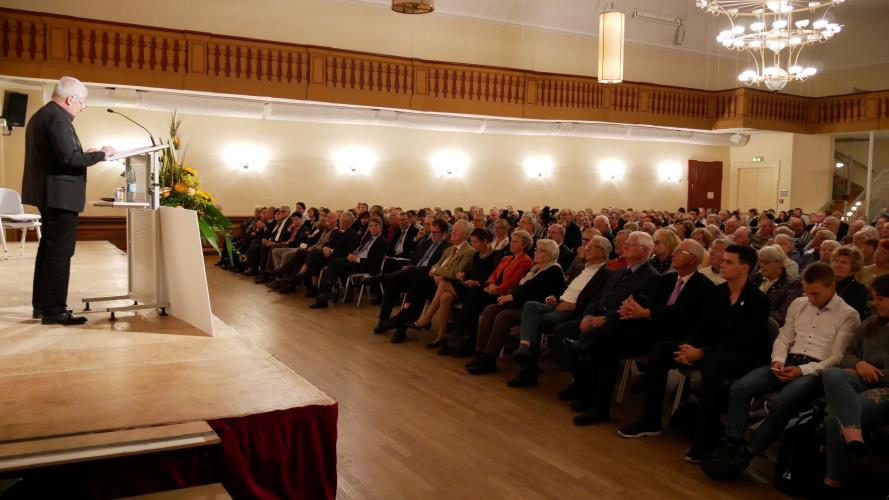 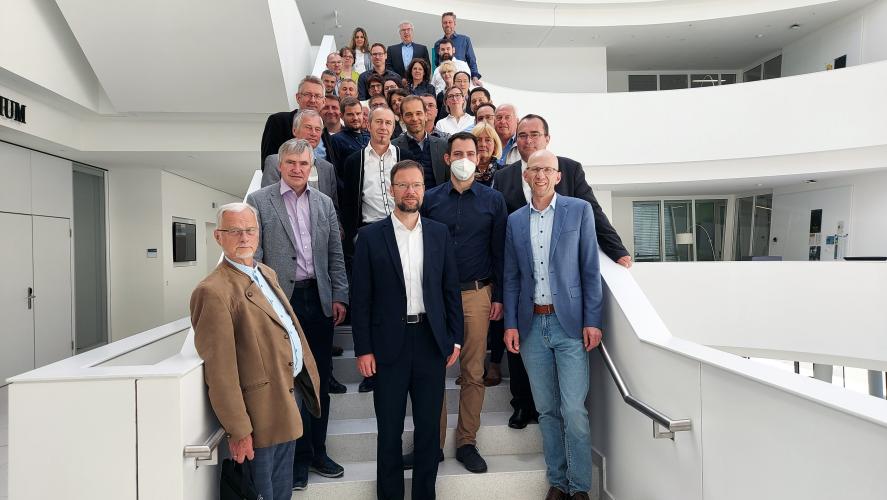