The port city of Porto is the second largest municipality in Portugal after Lisbon, the capital of the country, and has been a twin city of Jena since 28 November 1984.

After the partnership was initially not further intensified, both cities resumed correspondence in 2007 and increased the mutual exchange step by step, so that since 2010 in the Office for International Relations of the City of Porto, direct contacts for urban partnerships can be found. They are supported by colleagues from the city administration in matters concerning Jena and the other 18 twin cities.

The city is located at the mouth of the river Douro into the Atlantic Ocean in the northern Portuguese historical region Douro Litoral.

Porto is particularly characterized by its old town and numerous baroque churches. The image of the city is shaped less by special individual buildings, but is much more the overall structure of a preserved inner city. Characteristic are the numerous buildings made of granite.

The cityscape with its viaducts, bridges, trade offices, banks and jeweller's shops has an almost metropolitan appearance.

Narrow, winding streets with dense housing development form the terraced structure of the old town, which has been registered as a UNESCO World Heritage Site since 1996, starting from the banks of the Douro on a slope. Due to the lively trade in the shops, the hilly old town appears very lively during the day. In 2001, Porto was also the European Capital of Culture.

Porto is the seat of the Município (Municipality) of the same name, with an area of 41.66 km², which corresponds to the urban area and is divided into the following 15 districts (Freguesias):

The city is famous for its export hit, the port wine. This wine was already popular with the Roman historian Marcus Terentius Varro.

With FC Porto and Boavista Porto, the city on the Douro has two successful football clubs, both of which play in the first Portuguese league.

Porto is today the most important industrial and commercial city in Portugal, with its textile, leather goods, metal, luxury food and chemical industries, oil refinery, the overseas port of Leixões and an international airport, as well as being an important transport centre. A university, art academy, museums, theatres and an opera highlight Porto's position as an important cultural and scientific centre of the country.

The city is one of the oldest in Portugal and offers tourists numerous attractions. The river promenade of the Douro invites with its beautiful beaches and cafés to linger. It is also possible to take river boat trips on a port wine wooden boat, called "Rabelo", to explore the exciting city from the water. On some tours you even pass all six bridges of Porto.

Especially worth seeing are the museums Soares dos Reis National, which presents Portuguese works of art from the 16th - 20th century and as a counterpart the Museu de Arte Contemporanea, in which contemporary art can be admired.

Those who prefer to listen to the sounds of street musicians will find what they are looking for on the Santa Catarina shopping street. This begins at the Praca da Batalha, a square with numerous historical sights of the city. You can admire everything at once if you take the cable car from Guindais up to the Fernandina Wall, which was part of the medieval wall of Porto.

Relations between Portugal and Germany

There is a relationship of trust between the European states of Germany and Portugal, with numerous reciprocal visits. The friendly relationship began after the Carnation Revolution of 1974, when Germany supported the establishment of democratic relations in Portugal. Today, the relationship is strengthened in particular by the German-Portuguese Society.

Since 2013, an annual German-Portuguese Forum has been held in Berlin and Lisbon, where social and economic problems are openly discussed and joint solutions sought. In Lisbon and in Jena's twin city Porto, there are two German encounter schools and two Goethe-Instituts.

In order to consolidate and intensify the partnership between the two cities, a youth exchange between the Jena Music and Art School and the Conservatório de Música do Porto took place in July 2017. The project ran under the name 'JenPortOrchestra' and was primarily intended to promote cultural exchange between the citizens of Jena and Porto, especially the music-making youth.

For the participants of the Music and Art School Jena it went on 13.07.2017 with their musical instruments to Porto, where they met the Portuguese partner orchestra and their families, with which the young artists were accommodated. During the ten-day stay, they explored the beautiful city together, with a visit to the "Casa da Musica" by Rem Koolhaas, a stroll along the "Santa Catharina" or a boat trip across the Douro.

In addition to the varied leisure activities, the 90-strong orchestra rehearsed many hours in the music conservatory of Porto, in order to finally perform the rehearsed piece on 21.07.2017 in the "Teatro do Campo Alegre".

This exchange between the two youth symphony orchestras should definitely not be the last, so that the young musicians of Porto also get the chance to discover the city of light Jena and to meet their new friends again.

A few years ago, young people from Jena and Portuesen had already provided a wonderful example of successful cooperation between the two twin cities.

In 2014, the initiative "Kinderfreundliche Stadt Jena e. V." published a bilingual children's book in German and Portuguese. A great feature of the work "Mauis Reise" or "A viage, de Maui": the authors and editors were between 9 and 13 years old and present the characteristics of their hometowns Porto and Jena with self-designed illustrations. 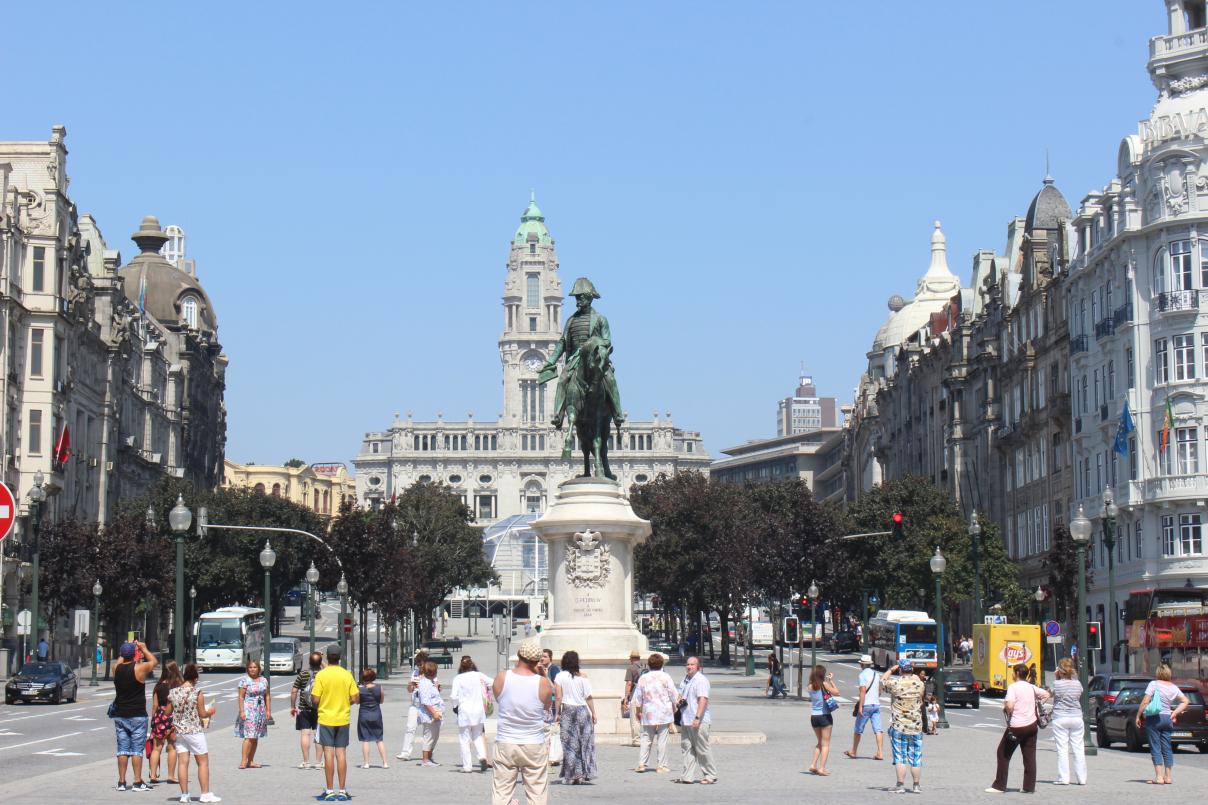 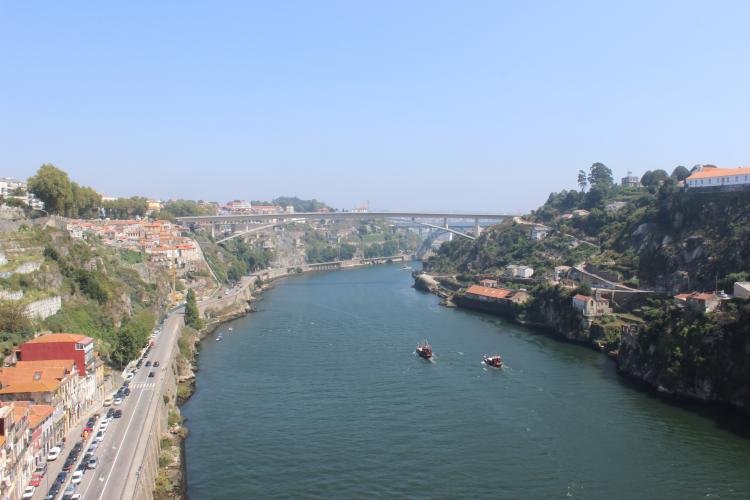 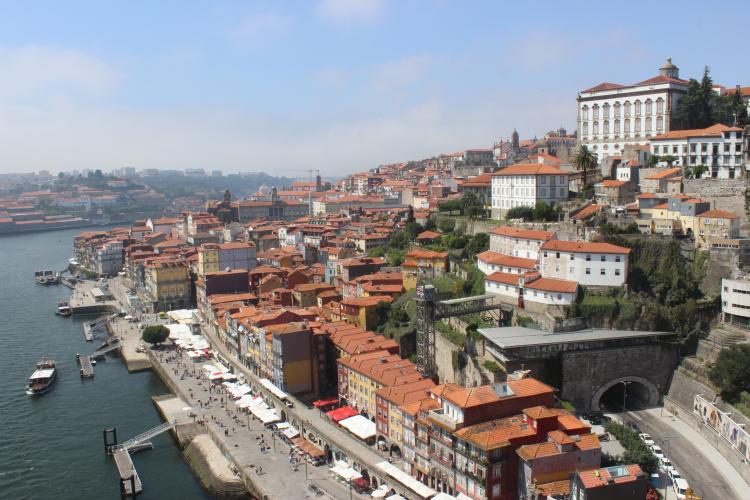 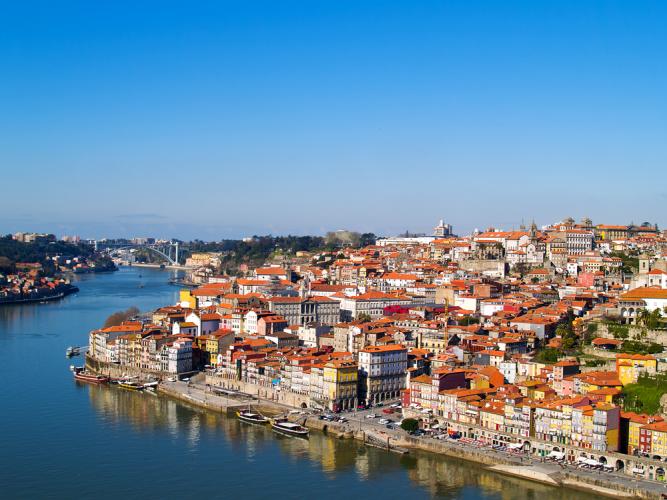 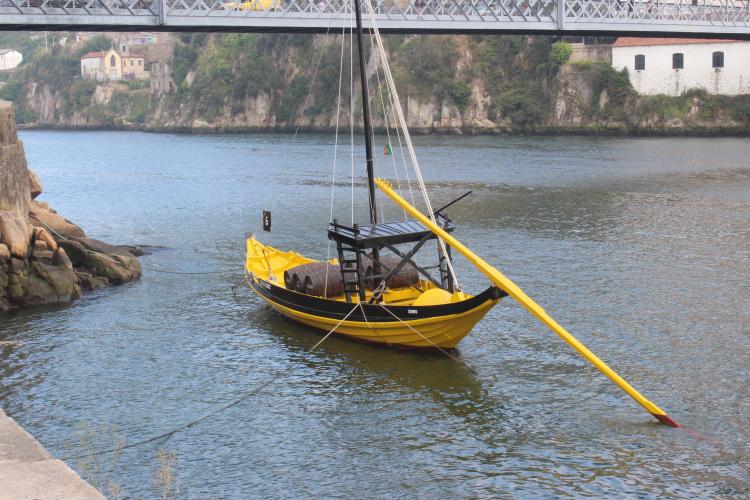 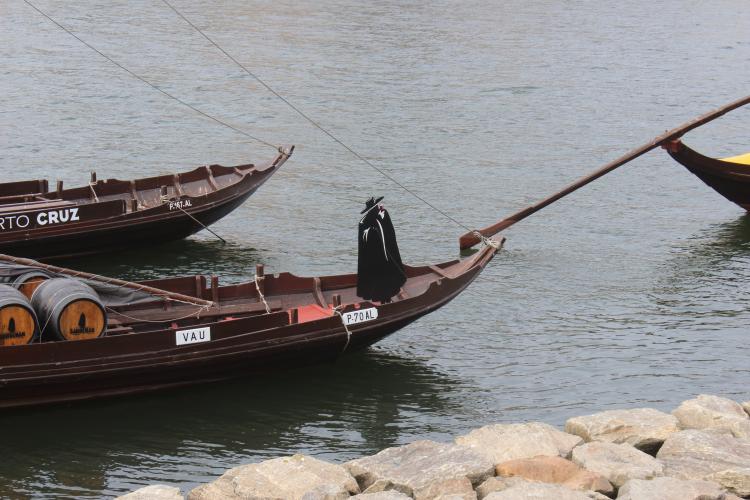